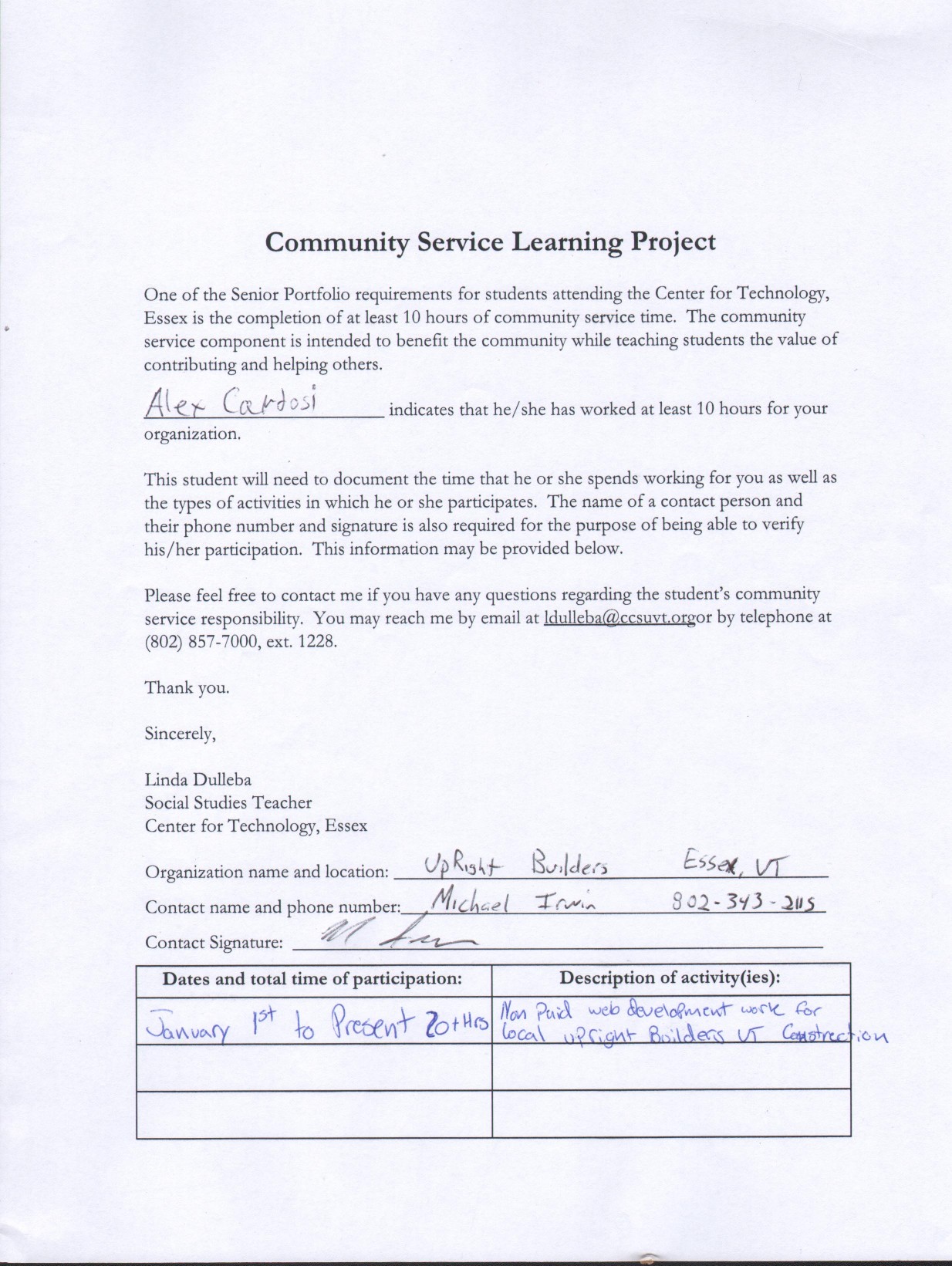 Community service is an essential component of academics. It not only allows you to learn from others, but lets you contribute to a better society as well. For my community service, I participated in the Donald Trump presidential campaign for the 2016 election in Concord, New Hampshire.

Campaigning for the presidential election involved me holding up signs, helping out with carrying our gear and calling people. For the sign-holding duration of the campaign, we stood outside on a street corner in Concord. We would move around the signs, wave at the cars, switch signs to keep ourselves occupied. There was lots of positive feedback from other Trump supporters (such as car beeps and waves). Of course, there was also the negative feedback from the hostile Clinton supporters. Then, we went back inside and handled the phones. I called quite a few people during this period (mostly just leaving messages, reading off my script). I accomplished quite a bit because I went through many sheets full of phone numbers (which allowed me to get closer to the front of the stadium where Trump held a rally). The more people that helped the Trump campaign the better, which was a needed service for the election of the finest president in U.S. history.

My aunt told me about an opportunity to help my community, and the political ecosystem, by campaigning for Donald J. Trump. I was fascinated with Trump and supported every decision he’d made during the election, and wanted to help such a brilliant man become the next president. It was important for me to not only help Donald Trump, but also the entire community by getting him elected. I called 14 pages worth of phone numbers, and left a message on all working numbers. This was a strong indicator of my success because I personally felt like I made a difference based on those calls. Helping such an important figure in American politics gave me both a sense of accomplishment and pride. Not only was my knowledge of politics increased during this journey, but my ability to work with others as well.

Society relies on volunteers simply because some organizations don’t generate revenue. In this case, becoming the president of the United States doesn’t pay very well (400k a year, although Trump only takes $1 a year because the law requires him to). I think it’s important to help out the community and perform selfless acts, because there are always people who need your services, and not all of them have the funds. If everyone does just a few things to better the community, all of society will be significantly improved.

When hearing about community service I originally felt pessimistic. I didn’t feel like it was important skill and I needed to focus more on academics. However, when the opportunity to volunteer the greatest presidential-candidate of all time had arised, I had to take it. When starting the campaign, my attitude immediately changed. I was greeted with respect and kindness from the others around me, it was all very civil and well organized. I was proud to be volunteering for such a wonderful campaign.

Overall, I gained some valuable insight into what a presidential campaign looks like, and how to properly work with others in a real-world environment. I look forward to volunteering for Donald Trump’s second term in order contribute to my community once again.

Made with by Alexander Cardosi